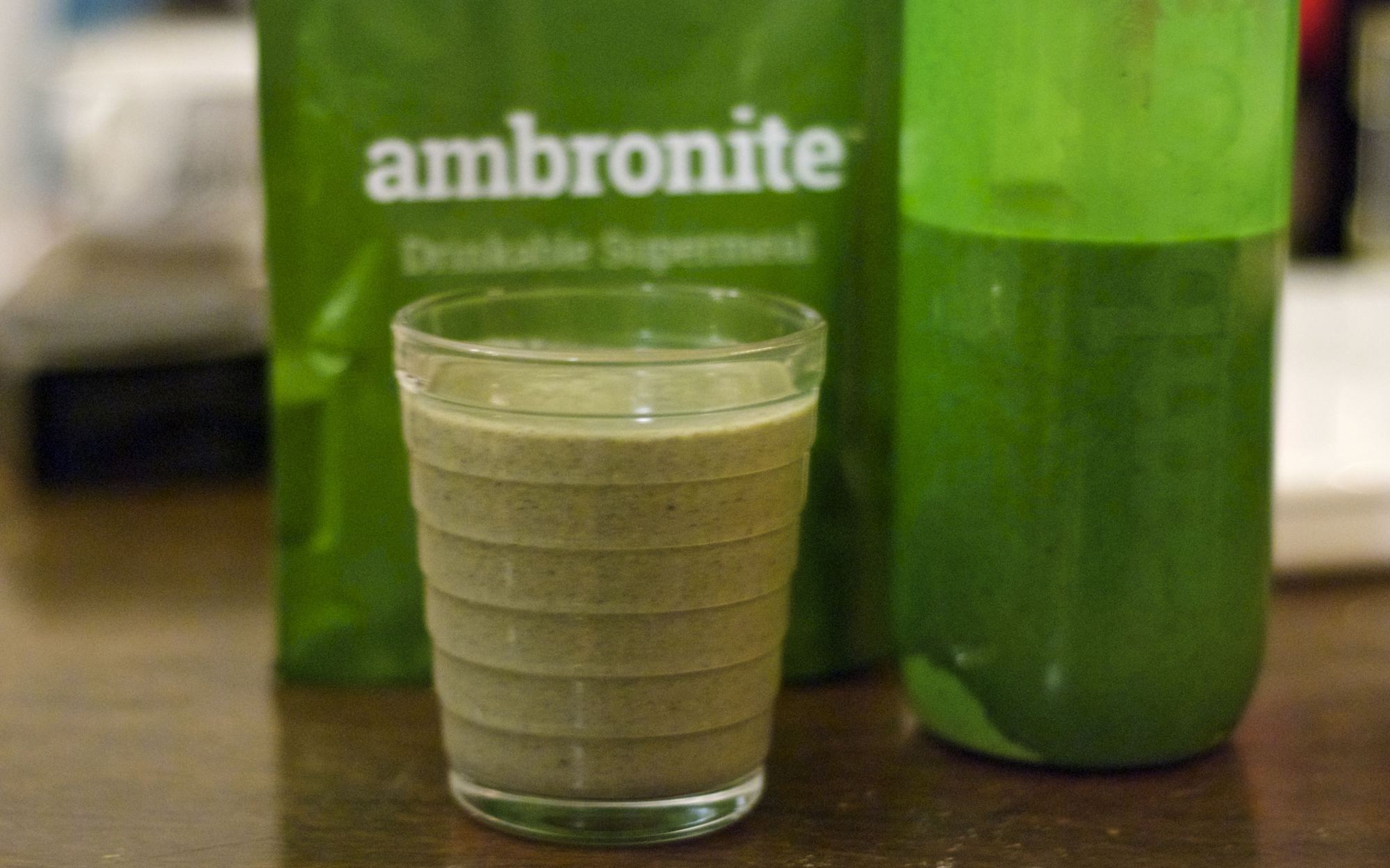 A while ago I backed Ambronite on Indiegogo, mostly out of curiosity. It’s a nutritional drink powder, similar to Soylent. Today I received my batch of Ambronite and I’ve just consumed the first portion. Let me tell you about it.

It’s green and thick and looks nice. It smells good, too, like sawdust or bran – I like that. Unfortunately it also tastes like sawdust, and not in a good way. It has the mouthfeel of porridge made of sawdust. The aftertaste is okay, though, and it did leave me feeling full. I didn’t expect it to taste nice, but I’m surprised how off-putting the taste and the texture are. Seriously.

Maybe adding something to the mix will make the taste more pleasant. There have been reports of using juice instead of water, or adding banana. Maybe I can eat it with yoghurt instead of brans. The crowdfunding campaign promised a recipe booklet, but it isn’t done yet.