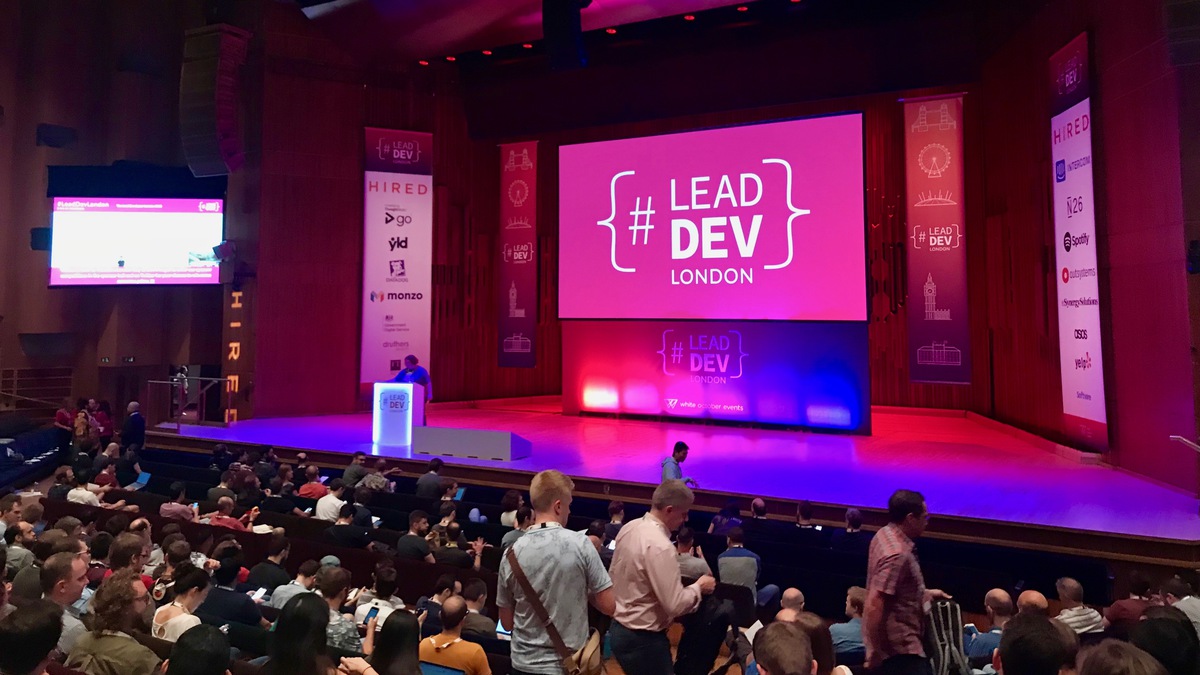 Last week, I attended The Lead Developer conference in London. It’s a conference about being a technical lead. The talks were a mix of general leadership advice (it’s all about feedback!), tech lead specifics (focus on the high-impact stuff in code reviews!), tech (ReasonML is cool!), and self-help (remember to exercise and meditate!).

I decided to attend the conference because I’ve ended up taking on some tech lead responsibilities and I’ve felt that I don’t know what I’m doing. Spending two days listening to talks about tech leadership seemed like a good idea.

The talks repeated the fundamentals: getting and giving good feedback is a key activity, you need to have empathy, and you need to be able to articulate why you’re doing things in addition to how. The hard part, of course, is putting these ideas in action.

The most interesting talks

I have this taxonomy of conference talks that I like. It subjective since it depends on what you already know. Here it is anyway:

Here are my highlights from the conference in each of the categories. Unfortunately the videos haven’t been published yet.

My only complaint is about the venue. The lobby was so noisy during the breaks that it was hard for me to hear what people were saying. This obviously makes having a conversation hard and so I didn’t get much of talking to people. Otherwise the Barbican Arts Centre was a pretty good venue. Even though there were something like 1100 attendees, it didn’t feel crowded at all.

Some nice touches that would be cool to see at other conferences:

In general, I’d recommend the conference if you’re the kind of person who likes conferences, you’re interested in this topic, and your employer foots the bill.