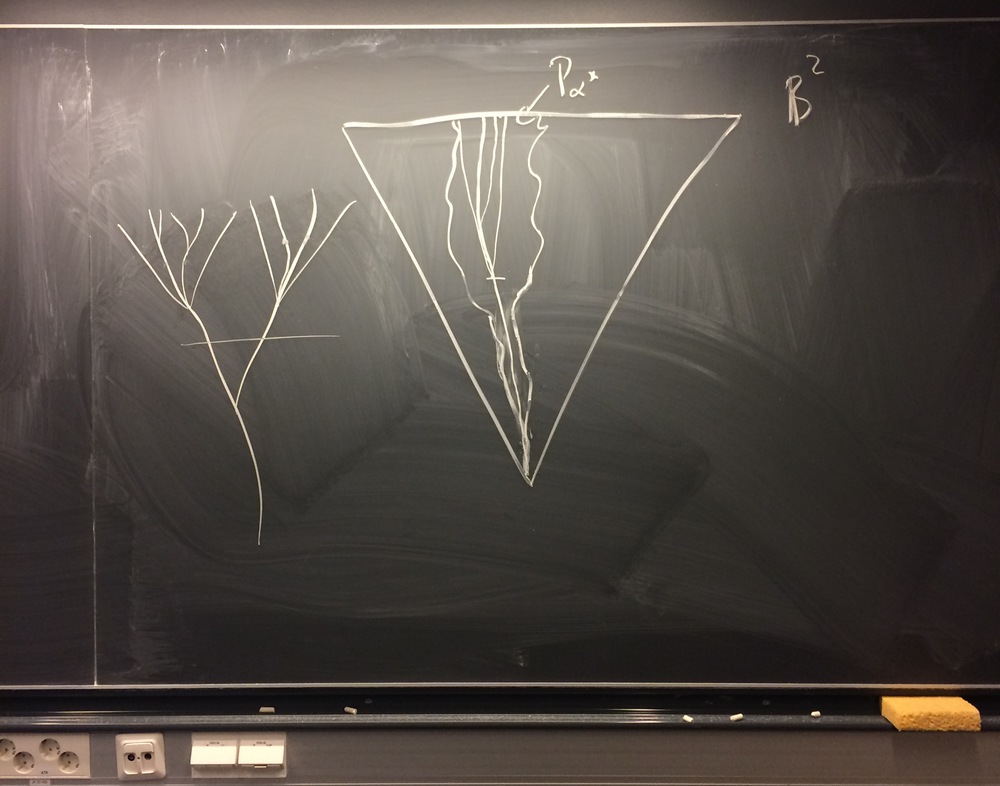 Today I took the final exam in a course on descriptive set theory. Let me you tell about it.

Sets are a basic structure in mathematics. They’re are very generic, so they come up everywhere - everybody needs a collection of things, after all. Because they’re so generic, you can’t say much about them. To do something useful with a set, you need to know more about it. You have to add some structure.

My mental image of this is that a set is like a blob of jelly. If you try to pick it up and move it somewhere, you’ll just mess up everything. Put it on a plate, though, and it’s easy to move around.

One of the ways to add structure is topology. In topology, you describe the open sets of your space. They behave very nicely, but they have too much structure. Not that many interesting sets are open.

Descriptive set theory finds a middle-ground by defining Borel sets. The collection of Borel sets of a topological space is the smallest collection of sets that includes the open sets and is closed under complement and countable unions and intersections. They’re the sets you can make out of open sets by these basic operations. To make even more sets, you can define the projective hierarchy where you start with Borel sets and iteratively project them.

After taking the course, I don’t know where you would want to use Borel sets or projective sets, but if you do, they will behave quite well.