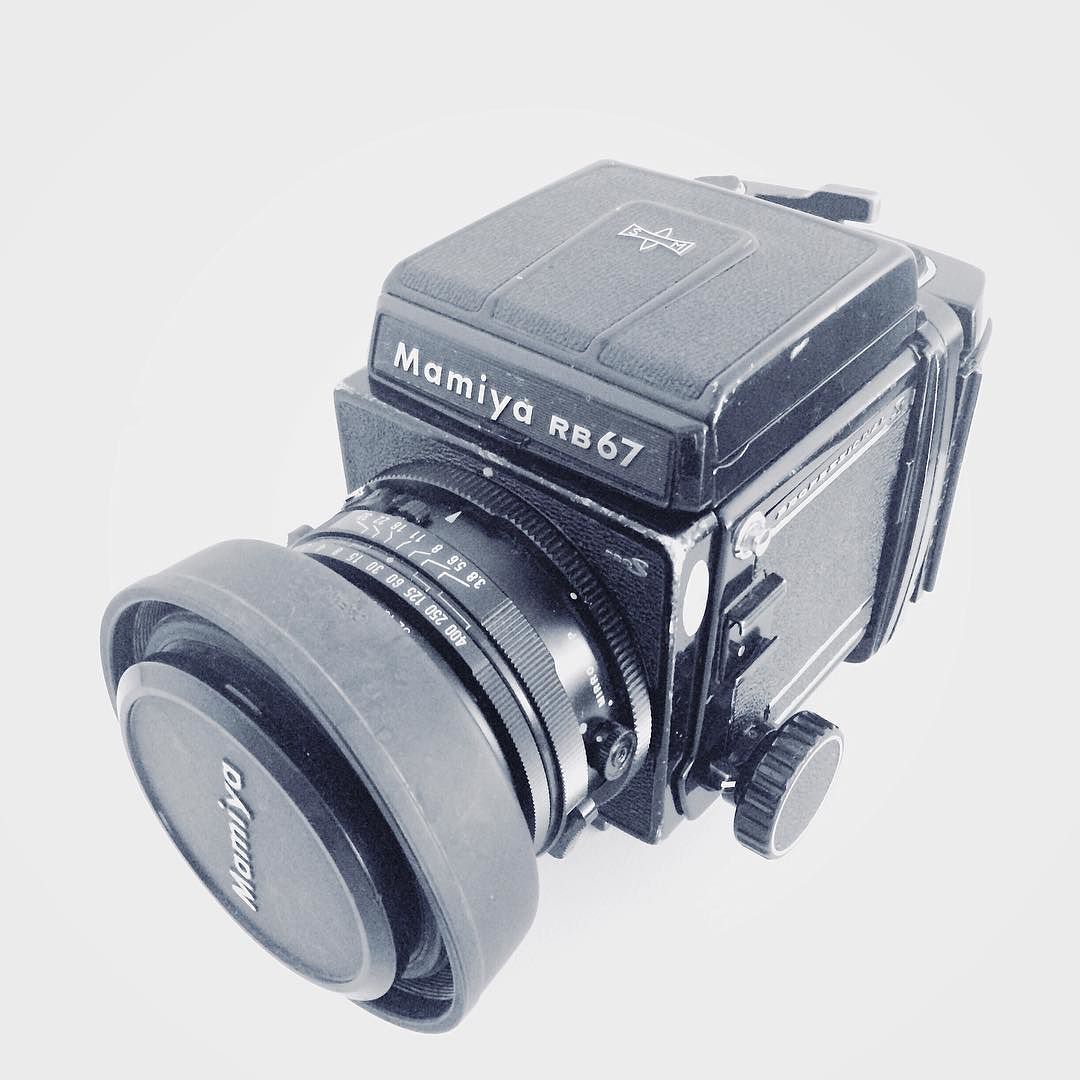 I thought I wouldn’t write about cameras on this blog, but I’ve been shooting with such a cool camera that I want to tell you about it. It’s a Mamiya RB67 Pro-S with a 127 mm lens, lent to me by a friend.

RB67 is a medium format SLR camera from the 1970s. Medium format means it takes 6x7 cm photos - this is in contrast to the smaller 35 mm format and to the larger 4x5 inch format. It’s actually a camera system - in addition to the lens, the film back and the finder are interchangeable. My friend has only got the one lens and the waist-level finder, though.

Taking a picture with the camera is quite involved operation compared to the modern cameras. You have to take out the dark slide that protects the film back from light. You have to turn a lever to cock the shutter and after taking the picture, you get to turn another lever to wind the film. You can rotate the film back, so you can take both horizontal and vertical pictures without rotating the whole camera.

There’s no light meter, either. I’ve got a vintage light meter, but I’m not sure how reliable it is, so I’ve been relying on my other cameras’ light meters. It has worked fine so far. The film backs I’ve got take 120 roll film. Luckily it’s still widely available, although it’s not as common as 35 mm film. The photography shops will develop it as well.

I like the waist-level finder a lot. Waist-level means that you look at it from above. I don’t know why, but everybody looks so great through the finder that I just have to take a picture of them. Maybe it’s because I’m tall, so my waist level is more suitable for photographing people than my eye level.

The camera is so bulky that I assume it was meant to be used with a tripod. Probably it was more at home in a studio than on the street. Lugging around a tripod is not my thing, so I got a neck strap and have been shooting outdoors. (OP/Tech Super Prop Strap with the B type connector fits the camera.)

So far a shop has developed the films for me and I’ve got only proofs made. Eventually I’d like to get a big print of some photo I’ve taken with this camera. Unfortunately this means you get to enjoy scans of the proofs. Oh well. 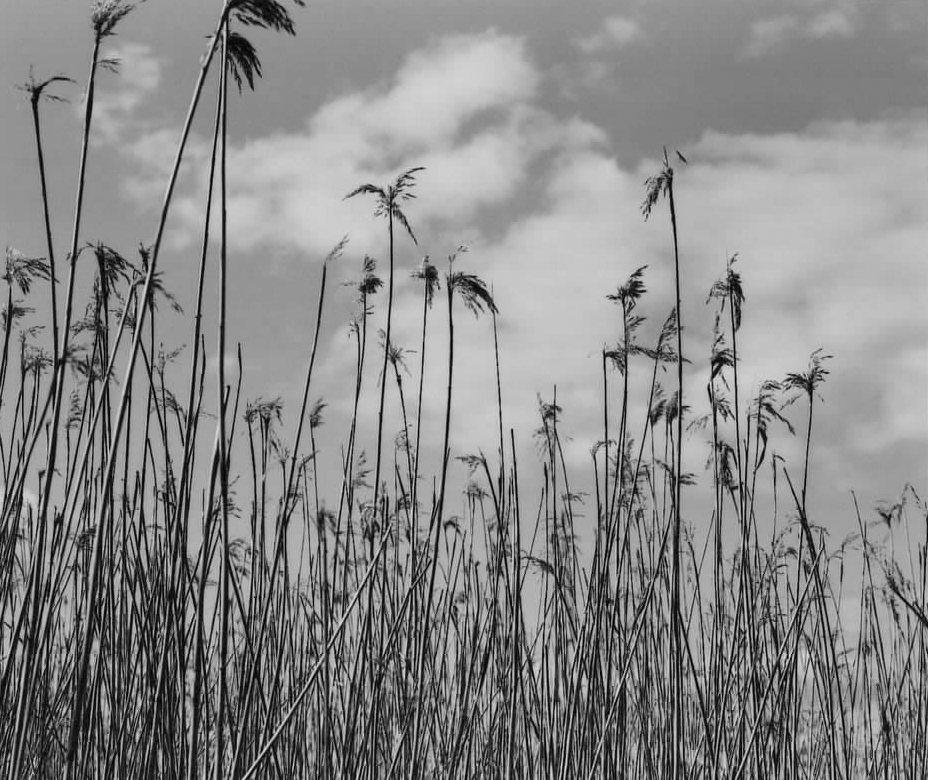 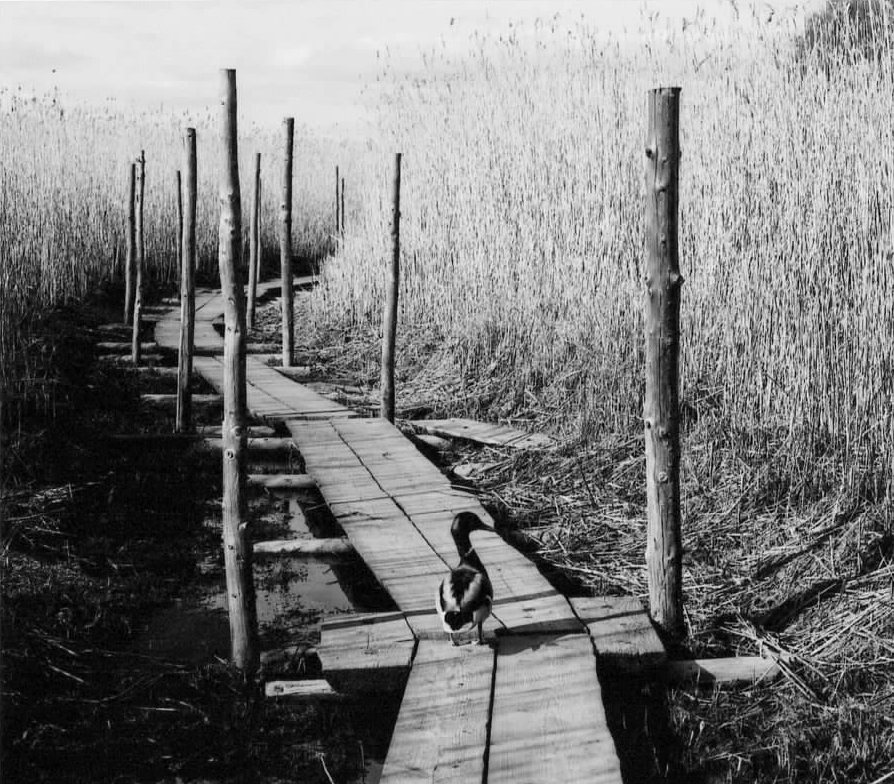 I’ve had some problems, though. In the last two rolls, some of the pictures had over-exposed bands like this. The band is always in the same part of the frame, but it’s not always fully burnt-out. Maybe it’s a hardware problem, or maybe I’ve made some mistake. If you have any ideas, let me know. 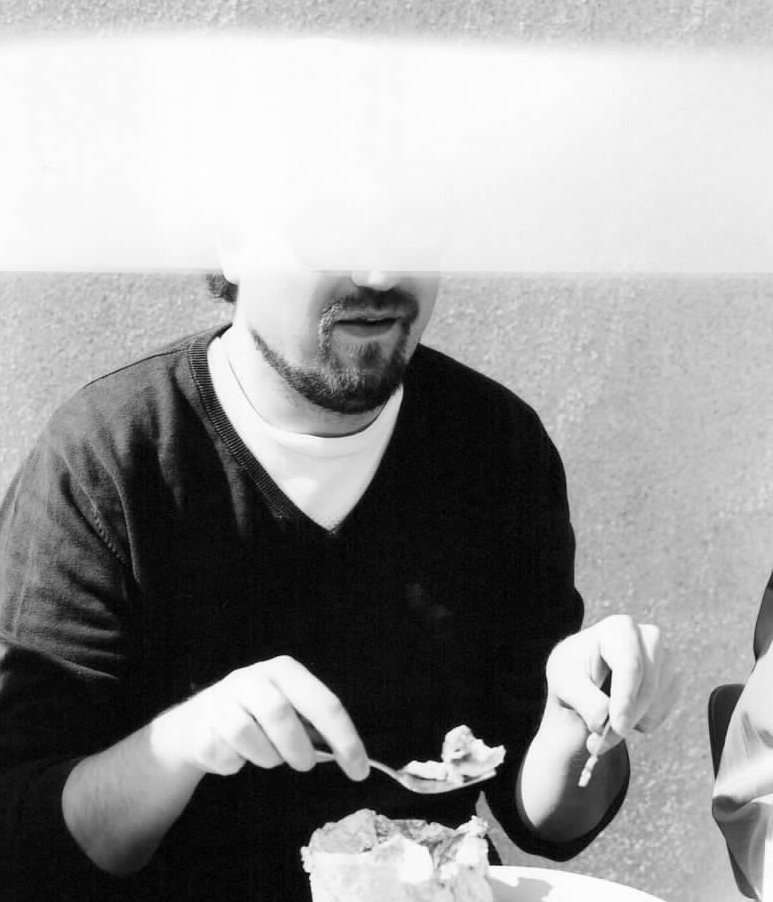