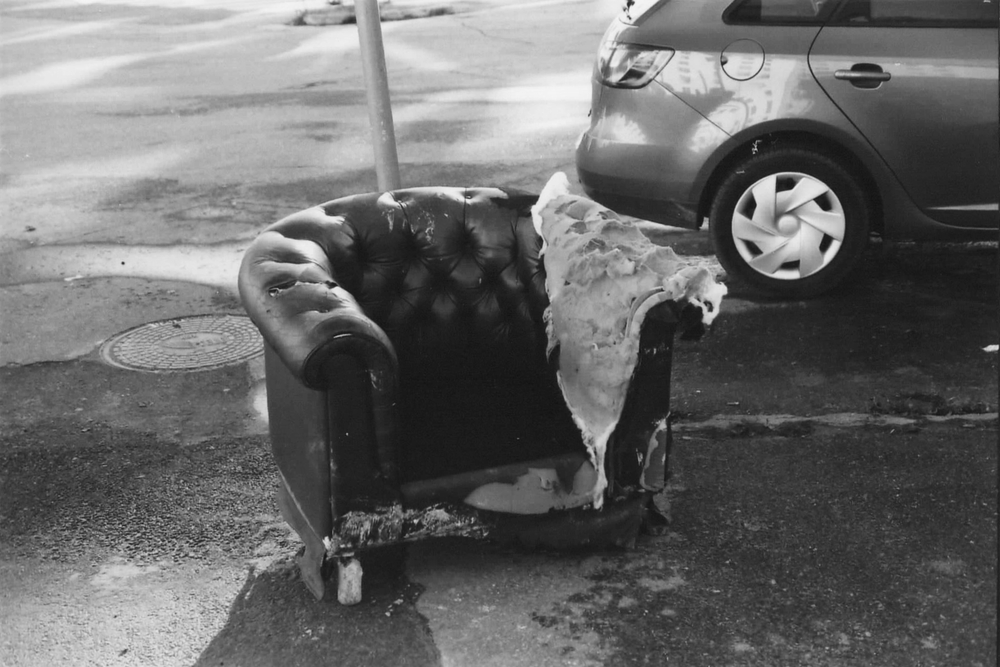 I became interested in film photography when a friend showed me how take photos with a beer can and photo paper.1 I figured out it’d cool to take some photos with a real camera, too. Soon I managed to borrow a film SLR and I’ve now shot two rolls of B&W film. Here are my initial thoughts.

Ken Rockwell describes it as a straightforward camera that is simple and enjoyable to use. I concur. It also has suprisingly good ergonomics for my big hands. It has buttons for selecting aperture and shutter time. I’d slightly prefer dials, but at least the buttons are easy to reach. The focus ring is unconventionally in the rear of the lens, but it’s also easy to reach there.

Even though the camera has autofocus, I’ve ended up focusing manually. The AF is slow and noisy and not that good. Some of my pictures have been mis-focused, but I doubt AF would’ve done any better job.

The film I first tried was Agfaphoto APX 400. I didn’t know what I want, so I went to the local photography store and asked for a black-and-white ISO400 film. APX 400 is what the cheapest option available.

Since it’s the only film I’ve used so far, it’s hard to make comparisons. I’m happy how my urban photos have turned out, but humans in my photos look weird. Right now I’m trying out color film, but after that I’ll experiment with some other B&W films.

So far I’ve let a local photography shop develop and print my film. I’d like to try developing myself to get the full film experience. I was planning to go to a darkroom course organized by the university photography club, but I messed up some dates and didn’t even manage to sign up befor the courses were over.

So what have I learned? 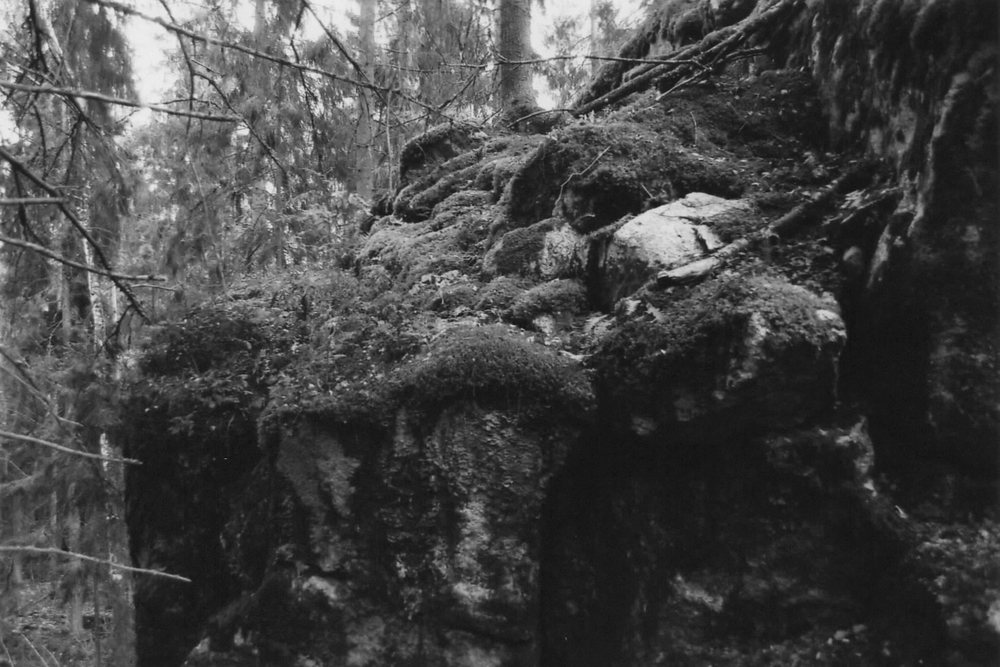 Prints looks stunning. Really. I had totally forgotten how good printed photos can look. The depth and the contrast are great. These aren’t any special prints, either, just the ordinary 10x15 prints from the local shop from my so-so first roll of film. I believe it’s the magic of the printer and not the magic of the film - I have to get some digital photos printed.

Photography has become so much easier. With digital cameras, you get immediate feedback. You have to develop the film before you even know if you had suitable exposure settings. Film also costs money. Digital cameras give you free infinite retries, and you do not need to know in advance if you’re going to shoot B&W or color, and what ISO you need.

Another thing is that it’s so easy to edit digital photos. My first prints taught me that I can’t shoot straight. I’ve always relied on straightening the photos in post-processing.

The cumbersomeness of film photography does make you think more about the photos you’re shooting. It’s a good exercise, but I’m glad I have my digital camera.

My scanner sucks. What do you do with photos if you don’t post them on social media? They must be scanned, then. Turns out my scanner isn’t really up to the task. Oh well, I guess you can’t expect too much from a 50 € printer/scanner combo.

I’m going to shoot a couple of more rolls of film, both color and B&W. I want to get some pictures of snow once the winter hits Helsinki. Maybe I also find a way to develop the films myself.