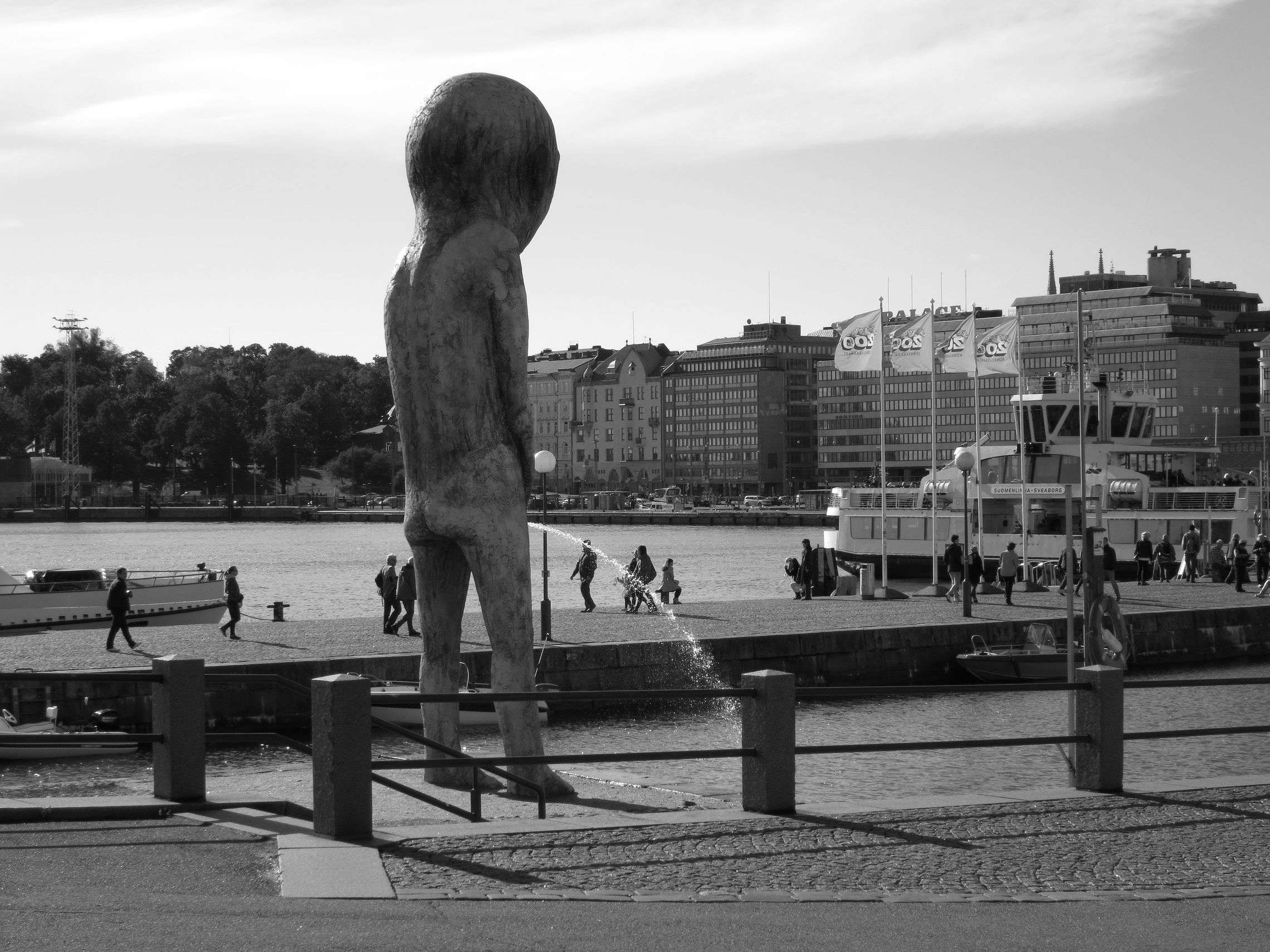 I’ve been complaining that I take worse photos than, say, five years ago. A couple of days ago I decided do something about it and start a small photography project.

I’m very much a beginner when it comes to photography, so I’ll probably use silly words and say things that are obvious or obviously wrong. Please bear with me while I’m learning.

I take most of my photographs when I travel. I take them to better remember the places I’ve been to and to better describe my adventures to the friends and family. I’d like to proudly show my pictures, but instead I’m going ugh, this is so bad.

To get better, for the next 28 days, I’m going to publish one 4:3 black-white urban landscape shot taken with my point-and-shoot on that day. The photos will be on Flickr. This may sound somewhat arbitrary. I could come up with some justifications for these choices, but to be honest, the idea just popped into my head and why not?

There’s only so much you can learn with such a small project. My goal is to make myself think about the photos I take, and to get a basic idea on how to take a urban landscape shot. Also I hope to take at least one shot I can be proud of.

I’ve now been doing this for four days. Here’s what I’ve figured out so far.

One thing I quickly realized is that it’s much easier to take an agreeable photo of a detail (e.g. an interesting ornament) than it is to take a photo of a whole (e.g. a stretch of street). This also helped me understand why my older photos were better. I’ve assumed it’s because I practiced more, which is true, but it is also because I took mostly photos of details.

During the last few years I’ve shifted to trying to capture wholes. While detail pictures are fun and important, they feel very detached if you don’t have pictures of the whole to tie them together.

So, capturing the whole is what I’m now interested in. How to take a photo that gives you a feeling of the city? I might be even doing the wrong thing: instead of concentrating on single shots, should I concentrate on series of images?

Another hunch is that a very important feature of the urban landscape is its shape in three dimensions. The city is not just a painting on a plane and you will fail if you try to capture it like that. One way to make an interesting image is to capture the shape of the space.