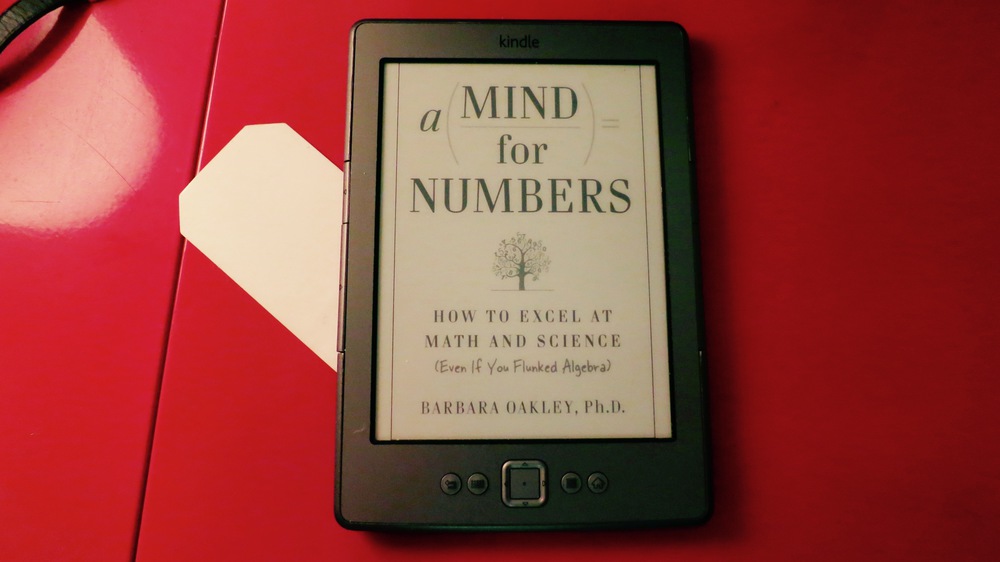 I’ve never been very good at studying. This point was driven home by my latest exam. I studied for it for many hours, spanned over a month and it was about a topic I like (abstract algebra). Yet I failed the exam.

It was not the first exam I’ve failed, but what makes it poignant is that I really spent a lot of energy in studying for no result. So what went wrong?

To answer that, I read a book on math study technique. The one I picked was A Mind for Numbers by Barbara Oakley. It deals with topics like self-testing, chunking and procrastination. The book is practical, but it has solid grounding in cognitive science. It confirmed to me many things I’ve thought about studying (including some of my study hacks) - even if I haven’t been able to put them in practice.

My main takeaway is that constant self-testing is the key for deeply learning mathematics. When you’ve read something, put away the book and try to summarize it. Try to reproduce key definitions and proofs. If you can’t explain your learnings to yourself, have you really learned them? Dr. Oakley writes:

”In the same amount of time, by simply practicing and recalling the material, students learned far more and at a much deeper level than they did using any other approach.”

Another key point is the importance of building solid foundations. By building a library of basic knowledge, it’s easy to learn the more advanced topics. Without the foundations, you can end up with brittle knowledge: you can solve the formulaic exercises in the course or in the book, but you can’t apply the knowledge anywhere else.

So what about that exam?

It’s the latter point that I failed to account for. I was studying after the work and I had very tight schedule, so I just pushed forward without taking time understanding the basics. I ended up doing almost all the exercises in the course, but without understanding anything.

Actually, I realized that things are going wrong already before the exam and started reading the book. I went back, took all the cognitive tricks and rehearsed the basics. It worked, but I only had time to cover half of the topics. I aced the first half of the test and had no idea what to with the other half. Alas.

I recommend this book

Failing an exam sucks, but it’s high time for me to learn to study. This book gave me a good idea on how to better structure my studies. I wish I had read it as a freshman, even though I doubt I would’ve heeded the advice.