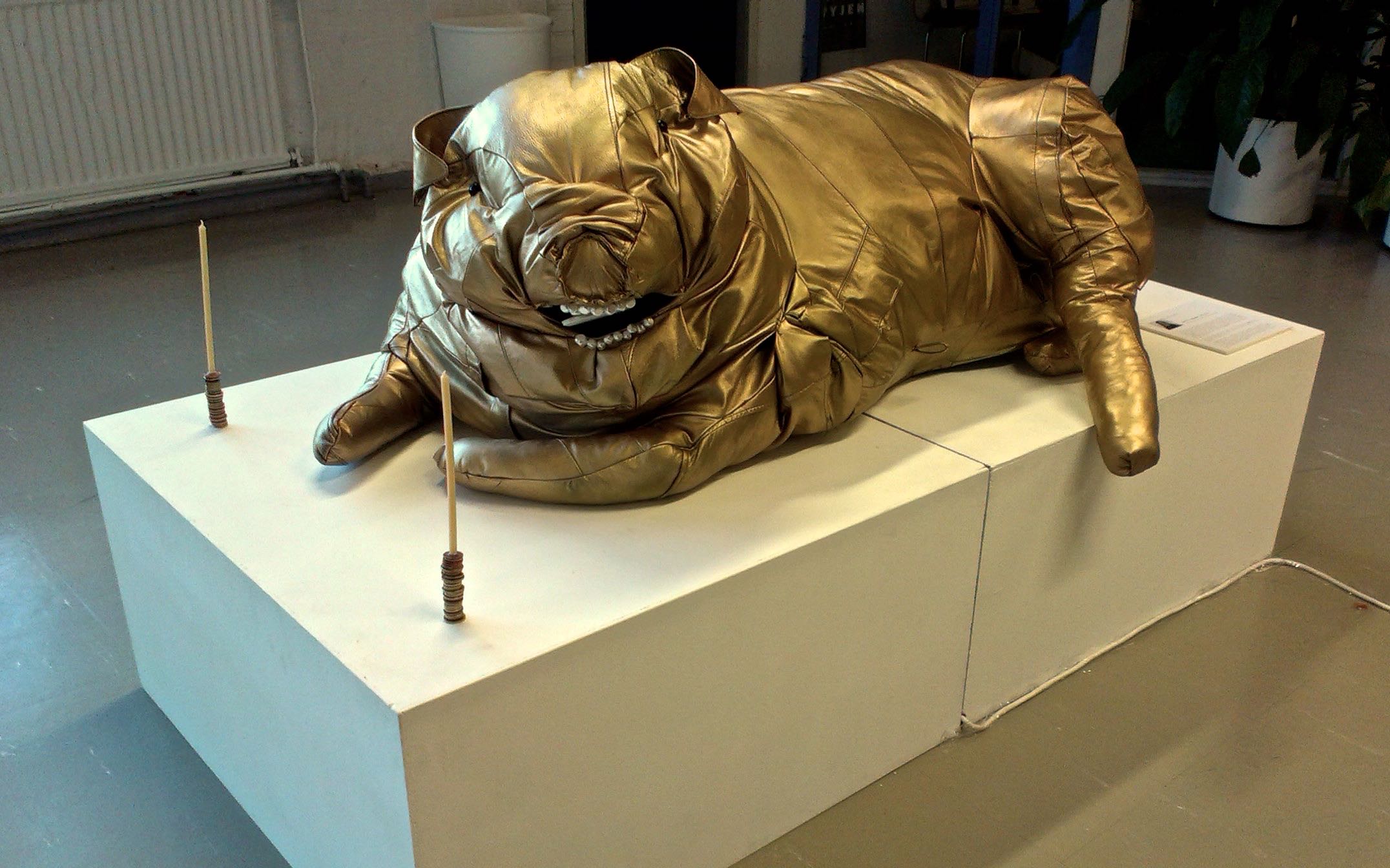 Last year Salla made an interactive sculpture as a school project. It’s a golden pig. You drop a coin in the coin slot, it prints you a receipt with wisdom about money out of its mouth. Here’s a video:

I cobbled together the electronics. The pig was re-exhibited at the Art of Research conference and right now it is at TOKYO’s Christmas Sales. Before the exhibition we gave the internals a small update and I thought it’d be nice to write down how it works. 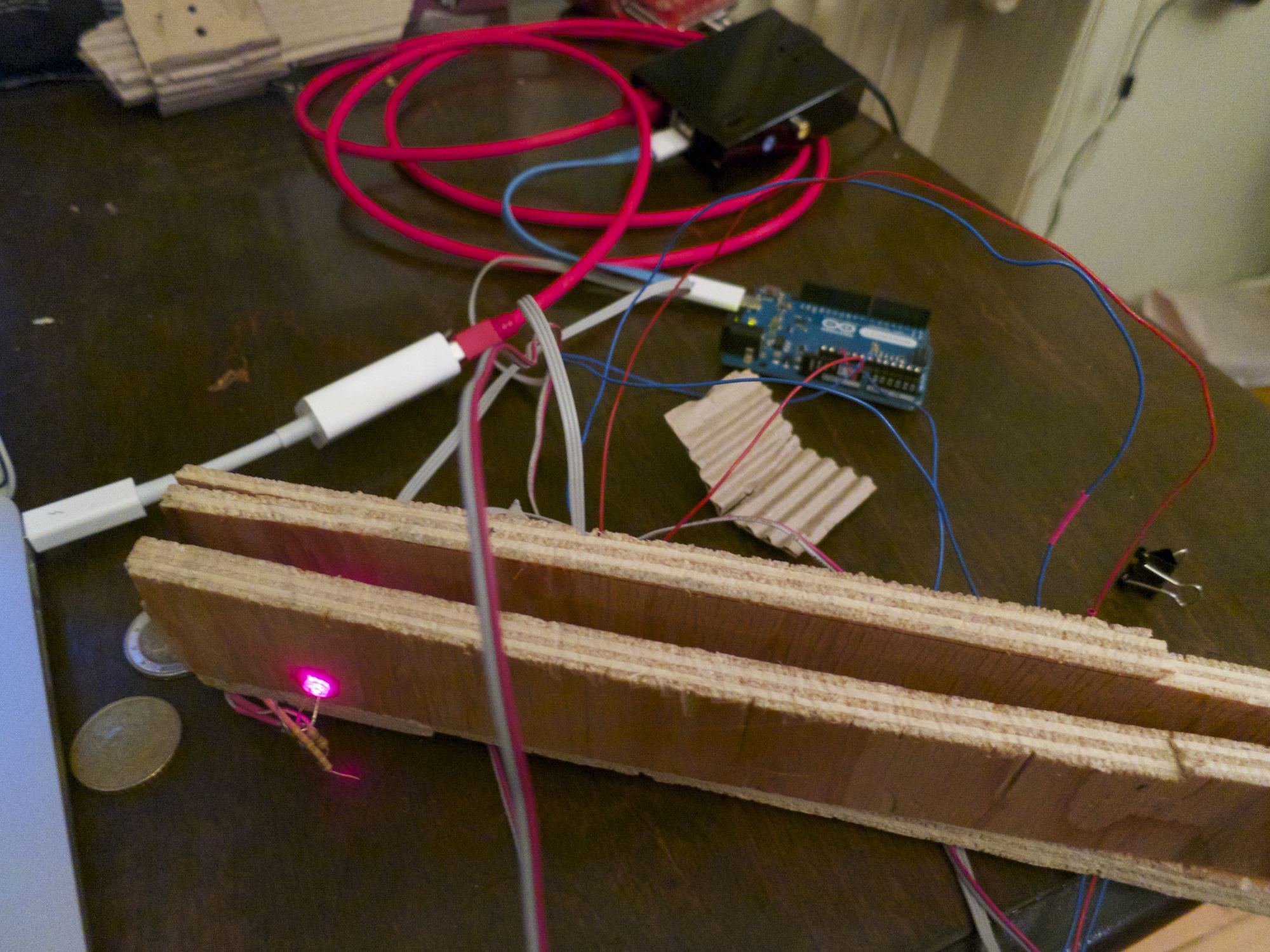 Here are the parts:

For the new version, I made a program that draws a live graph of the signal, for calibrating the threshold. This was another great improvement - previously I just eyeballed the numbers in the console.

The original design was guided by the fact that I don’t know anything about electronics. I decided to do the simplest thing that could work. Another constraint was to use parts and materials we already had, since we didn’t want to spend any money. It’s nothing fancy, but it works surprisingly well.

There is one known bug: it sometimes double or even triple-prints. I’ll fix it for version 1.2.