The mascot of the athletic team of Souther Methodist University is a black shetland pony called Peruna. Peruna has been their mascot since 1932 - the current Peruna is the ninth in the succession. Here’s Peruna III: 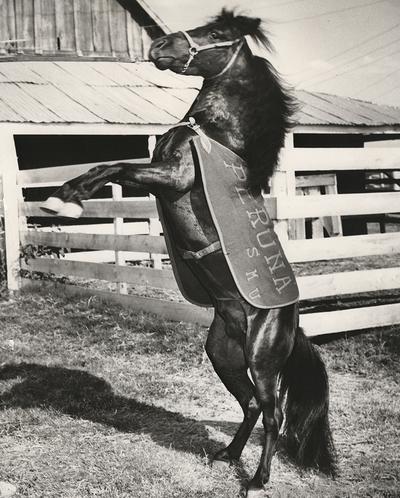 Peruna got its name from a patent medicine that was sold in the turn of the century. The temperance movement in the US was strong and alcohol dealers faced all kinds of hindrances. Still, many medicines with alcohol were available even in states under prohibition, and they were very popular. Their medical effects were dubious but at least they made you drunk.

What was in Peruna the medicine? According to these reprints, Collier’s Weekly gave the following recipe for home-made Peruna:

Where did the medicine get its name? I don’t know. Peruna means potato in Finnish and I was hoping to learn that the medicine was made of potato alcohol. Maybe Dr. Samuel Brubaker Hartman, the inventor of Peruna, was a Finnish American or something, I thought. Unfortunately that does not seem to be the case.